According to numerous recent studies, human gut bacterial populations are capable of influencing various aspects of our physical and mental health. Despite this, many bacteria remain "unmapped" by scientists. A new study has now uncovered approximately 2,000 previously unknown gut bacteria.

A new study has uncovered just under 2,000 new species of gut bacteria.

Recent studies covered by Medical News Todayhave shown that the gut microbiota could have a role in Parkinson's disease and dementia, and they may explain why type 2 diabetes medication works well for some but not for others.

New research — appearing yesterday in the journal Nature — has now identified almost 2,000 new gut bacterial species that scientists have never cultured in a lab before.

The team of investigators, from the European Bioinformatics Institute (EMBL-EBI) and the Wellcome Sanger Institute, both in Hinxton, United Kingdom, used computational analysis to assess gut microbiome samples from participants across the world.

"Computational methods allow us to understand bacteria that we cannot yet culture in the lab," explains study author Rob Finn, from EMBL-EMI.

"Using metagenomics [the analysis of genetic material] to reconstruct bacterial genomes is a bit like reconstructing hundreds of puzzles after mixing all the pieces together, without knowing what the final image is meant to look like, and after completely removing a few pieces from the mix just to make it that bit harder," he continues.

However, Finn goes on to note, "Researchers are now at a stage where they can use a range of computational tools to complement and sometimes guide lab work, in order to uncover new insights into the human gut."

The team was able to reconstruct 92,143 genomes out of samples from 11,850 diverse gut microbiota.

This allowed the researchers to identify 1,952 species of gut bacteria that they and others had not known about until this point.

Finn and colleagues explain that many bacterial species have "maintained a low profile," so to speak, because scientists have only found them in very low numbers in the gut, or they cannot survive outside of the gut environment. 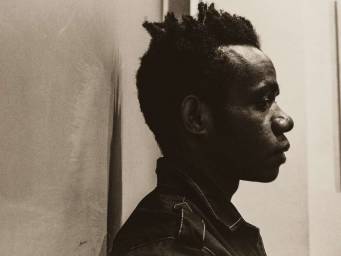 Gut bacteria might influence depression, and this is how

New research suggests that gut bacteria could play a role in depression symptoms.

This, they note, has thus far prevented scientists from adding such species to their list of gut bacteria they know about. This reason is also why the team that conducted the current study decided to take a new route — and use a combination of computational methods to try and come up with a more comprehensive "map" of the human microbiota.

"Computational methods allow us to get an idea of the many bacterial species that live in the human gut, how they evolved, and what kind of roles they may play within their microbial community," says study co-author Alexandre Almeida.

Towards creating 'a solid blueprint'

"In this study," Almeida explains, "we leveraged the most comprehensive public databases of gastrointestinal bacteria to identify bacterial species that have not been seen before. The analysis methods we used are highly reproducible and can be applied to larger, more diverse datasets in the future, enabling further discovery."

In the future, the researchers hope that this and similar studies will further aid their understanding of the human gut, which, in turn, will contribute to developing better treatments of a variety of conditions.

"Research such as this is helping us create a so-called blueprint of the human gut, which, in the future, could help us understand human health and disease better and could even guide diagnosis and treatment of gastrointestinal diseases."

At the same time, the team notes that the present study has made the researchers more aware of a large gap in research around gut bacteria.

Scientists currently know relatively little about bacterial species that are characteristic of populations other than those inhabiting Europe and North America, the investigators emphasize.

"We are seeing a lot of the same bacterial species crop up in the data from European and North American populations. However, the few South American and African datasets we had access to for this study revealed significant diversity not present in the former populations," notes Finn.

"This suggests that collecting data from underrepresented populations is essential if we want to achieve a truly comprehensive picture of the composition of the human gut," he adds, urging researchers to keep focusing on more diverse cohorts, going forward.

The war on disease: Revisiting old hauntsBy doubling back and re-examining familiar components of the cell, scientists are finding new ways to approach difficult-to-treat diseases.

What causes a loss of appetite?Loss of appetite can have many causes, including short-term infections, psychological or mental health conditions, cancers, and certain medications. In this article, we look at the causes and symptoms of appetite loss, along with treatments and home remedies.

What are the gut microbiota and human microbiome?Microbes are commonly associated with disease, but there are millions inside the human body, and some provide distinct benefits. The microbiota and microbiome of the human body have been researched intensively in recent years. Find out about what we now know about them and what they mean for health.

What are bacteria and what do they do?Bacteria are single-celled organisms that exist in their millions, in every environment, inside or outside other organisms. Some are harmful, but others support life. They play a crucial role in human health and are used in medicine and industry. Learn about the types, lifecycles, uses, and hazards of bacteria here.

Loss of microbial gut diversity a threat to health?Bacteria, viruses, and fungi are integral to human health. Find out why their contribution is so important and how modern life threatens their existence.