Transplants are often a point of crisis, since there is a global shortage of donated organs, but also because there is a high risk that the receiver's body will reject the donated organ or transplanted tissue. A new type of "universal" stem cells could solve some of these issues.

Researchers may have found a way to prevent the immune system from attacking new stem cells that arrive in a person's body.

Recent efforts from a team of University of California (UC), San Francisco, researchers have focused on genetically engineering pluripotent stem cells that would be able to bypass the body's immune response and, thus, preempt rejection.

So far, to bypass the issue of donated tissue shortages, scientists have created stem cells out of mature, fully developed cells they collect from the same person who needs a transplant. They call these "induced pluripotent stem cells" (iPSCs).

With iPSCs, scientists hope to minimize the chances of the body rejecting these cells — which will later specialize and step into their new role — as the recipient's immune system tends to "label" donor tissue as a potential pathogen, and act against it.

However, even this route has been fraught with many obstacles and, surprisingly, even stem cells that specialists have engineered from a person's own cells regularly face rejection.

Moreover, iPSC processes are difficult to conduct, and it is harder still to reproduce successful attempts.

"There are many issues with iPSC technology, but the biggest hurdles are quality control and reproducibility. We don't know what makes some cells amenable to reprogramming, but most scientists agree it can't yet be reliably done," notes Dr. Tobias Deuse, lead author on the newstudy paper that appears in the journal Nature Biotechnology.

"Most approaches to individualized iPSC therapies have been abandoned because of this," Dr. Deuse points out.

Now, for the first time, UC San Francisco scientists believe they may have found a solution by taking a different approach that creates new, "universal" stem cells that are pluripotent. This means they can differentiate into any given specialized cell — and they will not trigger an immune response from the receiver's body.

"Scientists often tout the therapeutic potential of pluripotent stem cells, which can mature into any adult tissue, but the immune system has been a major impediment to safe and effective stem cell therapies," explains Dr. Deuse.

To try and overcome these shortcomings, the UC San Francisco team used a gene-editing technique they call CRISPR-Cas9, and they modified the activity of as few as three genes to "shield" the new stem cells from the immune system, and allow the body to more easily accept them.

The researchers tested these newly altered stem cells in mouse models they engineered to simulate the bodies of recipients with a tendency to reject transplants — a characteristic they call "histocompatibility mismatch" — and with fully functioning immune systems. 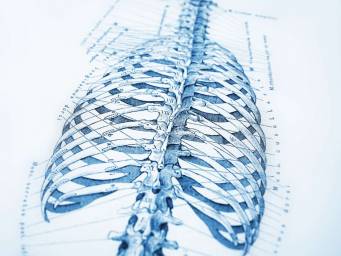 How can scientists make sure that stem cells differentiate into the specialized cells they desire?

"This is the first time anyone has engineered cells that can be universally transplanted and can survive in immunocompetent recipients without eliciting an immune response," Dr. Deuse says.

More specifically, the team started its stem cell-engineering process by deleting two genes that control the activity of a set of proteins — major histocompatibility complex (MHC) class I and II — that send out signals to the immune system and can trigger an immune response.

This first step was intuitive — cells without the genes that encode MHC proteins cannot emit the signal that "labels" them as "foreign agents" to the immune system.

However, such cells do not then get a "free pass." To the contrary, they become the targets of a type of specialized immune cells scientists call natural killer (NK) cells.

'A product that can be applied universally'

When the researchers looked into ways of blocking NK cells from attacking the stem cells, they found that another cell surface protein — CD47 — that normally keeps other immune cells at bay, can also inhibit NKs.

Laboratory and in vivo work confirmed that CD47 held the answer to repelling NK cells. Encouraged by these successes, the research team then transplanted the new stem cells — with two muted and one enhanced gene — into specially engineered mice that had human immune system elements to simulate the immune response in humans. These transplants were successful, and the rodents' bodies did not reject the new cells.

Finally, the team went one step further, coaxing the new pluripotent stem cells to specialize as different types of heart cells. Once more, they transplanted the resulting cells into mice with a human-like immune system.

The researchers report that these experiments also succeeded, as the new heart cells survived for a long time, and they formed into simple blood vessels and heart muscle tissue.

All of these findings, the team argues, suggest that doctors could use such stem cells eventually when treating people.

"Our technique solves the problem of rejection of stem cells and stem cell-derived tissues, and represents a major advance for the stem cell therapy field," Dr. Deuse emphasizes.

"Our technique can benefit a wider range of people with production costs that are far lower than any individualized approach. We only need to manufacture our cells one time, and we're left with a product that can be applied universally."

What are stem cells and why are they important?Everyone’s body produces stem cells. They are nonspecific cells that could develop into any kind of cell in the body. Scientists hope to use them one day in regenerative medicine, for example, to enable a damaged organ to grow back. However, there is controversy about some uses of stem cells. Find out more.

Are engineered organs finally becoming reality in medicine?Babies, new mothers, cancer surgery patients, and the elderly are all in need of new treatment options for gastrointestinal problems.