New research, which features in the Journal of Neurology, Neurosurgery & Psychiatry, finds that having a cocoa drink every day for 6 weeks helps combat fatigue in people living with multiple sclerosis.

Cocoa drinks are high in flavonoids, which may relieve fatigue in people living with MS.

Multiple sclerosis (MS) is an autoimmune disorder that affects about 400,000 people in the United States and approximately 2.5 million people worldwide.

In fact, as many as 9 out of 10 people with MS have fatigue, and the symptom is usually difficult to treat. Older research has suggested that a daily dose of 45 grams of dark chocolate may improve chronic fatigue syndrome. Dark chocolate contains 70–85 percent cocoa.

Based on these previous findings, Shelly Coe, who works in the Department of Sport, Health Sciences and Social Work at the Oxford Brookes Centre for Nutrition and Health in the United Kingdom, and a team of scientists set out to examine whether cocoa would have the same beneficial effects on fatigue in people with MS.

Studying the effect of flavonoids

Cocoa contains flavonoids, which are plant compounds that occur naturally in fruits, vegetables, wine, and tea. Multiple studies have suggested that flavonoids have anti-inflammatory, "antidiabetic, anticancer, and neuroprotective" benefits.

In the present study, Coe and colleagues randomly divided 40 adults with relapsing-remitting MS and fatigue into two groups. The first group received a cup of a flavonoid-rich drink consisting of rice milk and cocoa powder, while the other group drank a low-flavonoid version of this beverage. 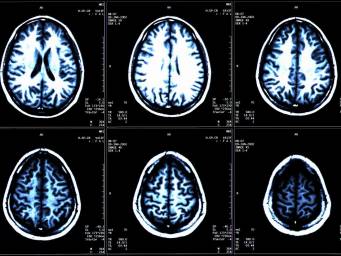 A new clinical trial shows that a drug called ibudilast can reduce brain atrophy in MS.

Each group consumed their beverage on a daily basis for 6 weeks. The researchers assessed the participants' fatigue as well as their "fatigability" — that is, how long a person can maintain cognitive and physical performance before fatigue sets in — at baseline, in the middle of the study period, and at the end.

This evaluation included subjective self-assessment and the use of a pedometer to monitor the participants' walking speed. The researchers carried out these assessments at three different points during the day.

A safe and easy way to relieve MS symptoms

Specifically, those who drank the high-flavonoid version experienced a 45-percent improvement in fatigue and an 80-percent increase in walking speed.

Participants in the high-flavonoid group also reported feeling less pain, although the researchers did not objectively measure this symptom. Coe and colleagues conclude, "A flavonoid beverage demonstrates the potential to improve fatigue and fatigability in [relapsing-remitting MS].

"Our study establishes that the use of dietary interventions is feasible and may offer possible long-term benefits to support fatigue management by improving fatigue and walking endurance," continue the authors. Coe and her colleagues write:

"The use of dietary approaches to reduce fatigue and associated factors in people with MS may be an easy, safe, and cost-effective way to have an impact on quality of life and independence, allowing people to feel more in control of their condition."

However, the scientists also admit that there is a need for a "full evaluation, including wider geography, longer follow-up, and cost effectiveness."

Multiple sclerosis diet tipsMultiple sclerosis (MS) is a chronic condition that can lead to weakness and memory loss, among other symptoms. Some studies suggest that making dietary changes may help boost a healthy gut flora, which could improve symptoms. Find out more about which foods to eat and which to avoid, and get some lifestyle tips, too.

What are the stages of multiple sclerosis?Multiple sclerosis is a long-term progressive disease that affects the nerves. Learn about the types, treatment options, and what to expect at each stage of its progression here.

Tiredness and fatigue: Why it happens and how to beat itMany people feel persistently tired or fatigued, and it can negatively affect all facets of life. The cause of fatigue may be psychological or physical, and it can be a symptom of an underlying condition. Lifestyle adjustments and treatments can help. Here, learn about diagnoses, treatments, strategies, and more.READ NOW