According to a recent study, many of the medicine ingredients that people consider to be inactive may, in fact, cause health problems for some consumers.

Are the inactive ingredients in pills truly inactive?

Alongside the active components in medicines, there is almost always a list of other ingredients.

Manufacturers add these inactive components for a number of reasons. For instance, they might make the drug more easy to absorb or stabilize the compound.

Or, they could simply enhance the way the product looks or tastes.

For the majority of people, additives such as fructose and lactose will do no harm whatsoever, but for certain people, they could cause issues.

Recently, a group of researchers from the Massachusetts Institute of Technology in Cambridge and Brigham and Women's Hospital in Boston, MA, decided to investigate these additives.

They wanted to understand whether these ingredients might be affecting people's health.

Giovanni Traverso, the study's senior author, began looking at this topic around 5 years ago. An experience that he had while treating one of his patients with celiac disease piqued his interest.

He prescribed the individual a common acid suppressant called omeprazole. Although many people take this drug and generally tolerate it well, Traverso's patient responded poorly.

Within a week, the patient reported feeling sick. On further investigation, Traverso found that the particular formulation that the patient had taken included ingredients derived from wheat products, which could contain gluten.

"That really brought it home to me as far as how little we know about tablets and the potential adverse effects they might have. I think there's a tremendous underappreciation of the potential impact that inactive ingredients may have."

As it stands, we do not know how often this type of reaction might occur. Daniel Reker, one of the lead authors of the study, says:

"For most patients, it doesn't matter if there's a little bit of lactose, a little bit of fructose, or some starch in there. However, there is a subpopulation of patients, currently of unknown size, that will be extremely sensitive to those and develop symptoms triggered by the inactive ingredients."

When a doctor prescribes a drug to someone, they take careful note of the active compound and the dosage, but they are much less likely to think about the inactive ingredients.

Even drugs with the same active chemical at the same dosage can have different ingredients, depending on who manufactured them. For instance, the authors note that 43 different companies produce a total of 140 distinct formulations of levothyroxine, a treatment for thyroid hormone deficiency.

Also, although manufacturers provide a list of ingredients on the packet, it might not be clear from the chemical names which of them could contain allergens. For instance, the packet would not label a wheat derivative as containing gluten.

Most people will only consume small quantities of these inactive ingredients, but some groups, such as older adults, tend to take more medications. The authors write:

"A patient taking 10 prescription medications each day would ingest an average of 2.8 [grams] of inactive ingredients daily."

Medical professionals know little about this subject, so the researchers set out to fill in some gaps. The scientists published their findings earlier this week in the journal Science Translational Medicine. 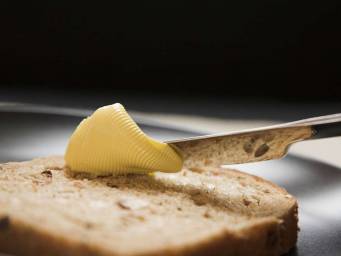 A recent study demonstrates that emulsifiers can produce both physiological and behavioral changes in mice.

To investigate, the scientists pored over medical journals, searching for examples of allergic reactions to inactive ingredients in medications. They also scoured a database called Pillbox, which the National Library of Medicine run. Here, they were able to see the full ingredients of all medicines for sale in the United States — both over-the-counter and prescription.

They found that, in most cases, more than half of each pill consists of inactive ingredients. In some cases, they considered as much as 99 percent of the pill to be nonpharmaceutical.

Worryingly, they discovered that 93 percent of medications contain allergens, including lactose, dyes, and peanut oil. Almost all medicines contain ingredients that some people might not be able to tolerate, such as gluten.

More than half of medications contain FODMAP sugars that trigger digestive problems in some individuals with irritable bowel syndrome.

Although drugs that contain peanut oil always come with a warning on the packaging, the same is not true for any of the other ingredients. Making sense of the ingredients is challenging, and even if someone manages to spot an allergen in their pills, there is no guarantee that they will be able to find a version of the medicine that does not include the allergen.

Looking to the future

The authors of the study hope that their findings will raise awareness of this issue. Globally, allergies appear to be becoming more common, making this type of research more important than ever.

In the future, the researchers believe that there is a need for new regulations requiring companies to provide detailed information on inactive ingredients.

Also, going forward, they hope that pharmaceutical companies might produce "free-from" versions of drugs for people who have allergies and intolerances. Already, the researchers are planning follow-up investigations. They want to gain a better understanding of the scope of this problem.

They are keen to develop a clearer clinical picture of how low levels of lactose in medications might affect individuals who have an intolerance. Doing this is important because intolerances, although they are less severe than allergies, are more common, so the potential size of the problem is considerably larger.

As Reker says, "There need to be more clinical trials and more data out there so that we can really dive deep into how many patients are affected and how we can help them."

that either enters the body or touches the skin. Discover how to identify and treat them.

Is it a food allergy or an intolerance?A person with a food allergy must avoid all contact with a specific food, or they may have a severe, even life-threatening reaction soon afterward. With food intolerance, the reaction appears later and will usually be less severe. Both groups should check the ingredients in foods before eating.READ NOW

Food allergies: What you need to knowThis article provides an in depth description of food allergies,

the signs and symptoms of a food allergy, and what to do when a reaction is suspected.