Humans are unable to reverse the effects of hearing loss, but a biological process found in other animal species may hold the key to reversing this widespread problem.

How the brain interprets sounds is a relatively simple process.

First, a sound enters the ear via soundwaves. It then moves down the ear until it hits the eardrum.

Next, the eardrum vibrates and sends these vibrations to bones in the middle ear, which then boost them.

Eventually, hair-like cells in the inner ear or cochlea pick up these vibrations and transform them into electrical signals that the brain can process.

Age or excessive exposure to loud noise can damage the cochlea, resulting in permanent hearing loss. According to the World Health Organization (WHO), hearing loss affects more than 400 millionpeople around the world today.

Some people experience more severe loss than others, and traditional treatment involves devices such as hearing aids. The effectiveness of these depends on the individual.

However, scientists have long known that animals such as fish and birds are able to keep their hearing intact by regenerating the sensory hair cells found in the cochlea. In fact, mammals are the only vertebrates that are unable to do this.

In 2012, Dr. Patricia White's laboratory identified a group of receptors responsible for this regeneration process. The researchers called this group the epidermal growth factor, or EGF, which switches on support cells in the auditory system of birds. These support cells then spark the production of new sensory hair cells.

Now, in a new study that they have published in the European Journal of Neuroscience, Dr. White — together with researchers from the University of Rochester and the Massachusetts Ear and Eye Infirmary — show how they tried to recreate this process in mammals. 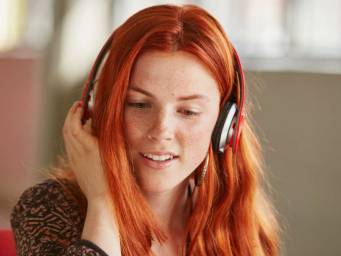 A recent study concludes that losing hearing in our youth paves the way for cognitive decline later in life.

They pinpointed a specific receptor called ERBB2, which is in support cells inside the cochlea, and trialed three different methods that could use these receptors to activate the pathway.

The first involved a series of experiments where they used a virus to target the ERBB2 receptors in mice. For the second, the researchers genetically modified mice in an attempt to activate ERBB2. The last experiment saw them use two drugs that they knew could produce a response in ERBB2.

The scientists were able to regrow the all-important sensory hair cells in mammals for the first time.

Their findings show that activating ERBB2 started a process that led to the production of cochlear support cells. This then resulted in stem cells transforming into the sensory hair cells. These cells also integrated with nerve cells, which is necessary for hearing.

Dr. White believes that scientists could use her findings to form a new and innovative kind of therapy for hearing loss in humans. "The process of repairing hearing is a complex problem and requires a series of cellular events," she says.

"You have to regenerate sensory hair cells and these cells have to function properly and connect with the necessary network of neurons. This research demonstrates a signaling pathway that can be activated by different methods and could represent a new approach to cochlear regeneration and, ultimately, restoration of hearing."

Scientists will have to do further research into the use and process of EGF receptors in order to carry out any kind of human trial. However, this new discovery could be the start of an improvement to millions of lives.